Is our society un-consciously separating? 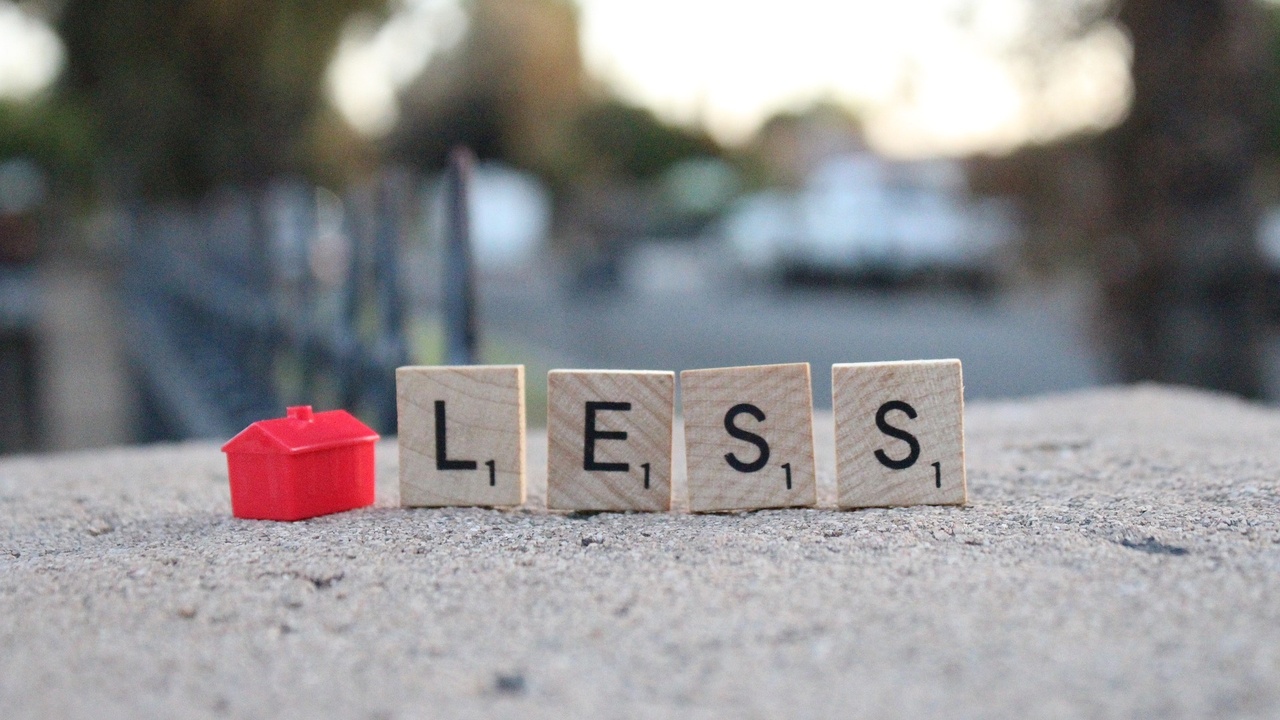 My heartfelt intention is to co-create a new world, no matter how small that might be within the vastness of the universe. We start our own journey with one cell and yet a fully grown human exists of 30 - 40 trillion cells. Amazing isn't it?

Throughout that co-creative process I would like to give impulses and food for thought. The more we ask questions and the more we become aware of how our current and "old world" works the more will we be able to do things differently in our "new world". Maybe you don't want a new world. Maybe you are absolutely happy with what your current world looks like and that's fine too.

If you are more like me, somebody who wants to co-create and share a more compassionate and balanced world with the current and next generations, then you might enjoy different impulses, questions and a new level of awareness and consciousness. It might lead you to co-create your own new world. Who knows?

Maybe this article might give you an impulse to see different groups of our society with different eyes.

So, here is a question: I don't know if you have been observing the same phenomenon as I have but it appears that our society separates between who deserves support and assistance and who does not? Maybe we do this un-consciously? What if it happens consciously though?

Recently I was wondering if our society differentiates between homeless people and refugees? Both have lost their homes. As a society we tend to open our hearts to refugees who have been forcefully displaced from their homes and their lives as they knew them. As humans we are hugely compassionate, nurturing and caring beings. Thank goodness! Imagine what our world would look like if we didn't open our hearts when witnessing such pain! A side note: Elon Musk's brain chips might not be a good idea...

Im comparison: What do we know about homeless people? How have they lost their homes? Maybe they have also been forcefully removed from their homes and their lives?

Do we believe that homeless people are more responsible for their "failure" in life or maybe they are lazy people or they didn't study enough in school etc.? I actually don't know what people think in that respect so I am making some guesses.

Does something different get triggered in us or awakens in us when we see refugees on screen, when we see places being bombed, homes being lost and when we read and hear every single day about the war and refugees? Do we feel that much more cruelty is involved and we have to step up with our hearts?

What would happen if the news wrote and spoke every single day about homeless people? Would we given them more awareness and support? Would our hearts pour out when we realise that life might have not been kind to them either?

I visited San Francisco in 2017 and was absolutely shocked by the number of homeless people living on the streets. Yet around the corner countless numbers of tourists were queuing to hop on the tram and expensive shops were filled with customers.

People walk past homeless citizens as if it is the most normal thing to do. Why?

In Zurich there is an organisation that rents out offices as well as homes as an interim stage. Those places often end up being torn down or renovated but until that happens they are rented out at discounted prices. The organisation received several e-mails to offer those places to refugees from Ukraine. I also read about how sports halls and similar will be converted into refugee camps.

Never have I come across reading or hearing that the same organisation was contacted to create temporary homeless shelters or that sports halls were converted for homeless people. The numbers of homeless shelters are small and can often only be used to sleep there and for a warm dinner and some breakfast.

My intention here is to put an impulse out into our society. Why are we looking away when we see homeless people yet open our homes when we see refugees? Why are we making that separation?

Why do we walk past homeless people without even giving them a glance but seem to want to hear the stories of refugees (but not all of them... even here we seem to be separating...)?

Why are we separating between fellow human beings who are in need? Does one situation deserve more of our empathy and kindness than another? Again, we don't even know what led people to end up on the street?

When my son got back from a school trip to Paris in 2017 he told me how many families live on the streets! It appears neither the government nor the society is interested in opening hearts and homes to their own people? Especially children? Why not?

We don't know anything about their stories but we also don't seem to either care or maybe we even judge them before we have spoken to them.

I listened to a German author describing an experience she had with a homeless grandfather and his grandson in Tokyo after she had just stepped out of her expensive hotel room. She allowed herself to truly see those two fellow human beings. She was in tears as she became aware of the dignity and care that radiated from the old man's eyes. It had a huge impact on her.

As I live near the lake in Zurich I walk my dog there daily. I meet other dog owners, runners, cyclers, creche caretakers with small children, families and I meet Jörg.

Jörg has lived in the park area along the lake for the past three years. He likes to read the newspaper and keep up to date with the world it seems. He tends to write things down and he speaks at least three languages (Swiss) German, English and French.

Over the past three years we have had a few chats. One Christmas that I spent in Zurich I shared a piece of my birthday cake with him. He didn't want any coffee but warm milk. So I went home and made warm milk. When it rains outside and especially if we have stormy nights I wonder how he is (I have always wondered about homeless people during rainy and cold days and nights).

I have tried to assist Jörg with talking to organisations about finding an accommodation. In the beginning he seemed interested but then he decided against it. I don't know why. I try to respect his privacy. On some days he is open to talking, even initiates conversations and on other days he seems in another world. Recently he has seemed more withdrawn and tired. I do ask him from time to time if he needs anything. He always says "no". Sometimes he will take shoes to replace his old ones.

I also read about a homeless man who got killed in Zurich while sleeping on a bench. The article described how he was missed in the neighbourhood now. He was offered to sleep on somebody's couch regularly but he felt if he did that too often somebody else would take his bench. He had dreams of getting back on his feet again and living a "normal" life like he used to. His dream never became reality.

Living on the street is not the safest place and homeless people often get attacked.

There are no millions or billions of dollars, euros or franks that governments are offering to assist them to find their way back into our society. Sometimes they might have psychological challenges and again our society is not prepared to support them to heal.

Maybe as a society we feel refugees will just be here temporary. Many asylum seekers and refugees are not allowed to work for a long time even when they want to.

There are moments where I feel I could write a whole book about how many vulnerable groups in our society do not receive any attention, any form of support nor do they receive any acknowledgement for trying their best. Instead they are expected to contribute towards the well-being of our society even if they have to completely exhaust themselves. Nobody cares if they fall through the crack and if they can't keep up with the rat race.

Last year I read an article about care leavers who have been in foster care. At age 18 the government drops them from one day to the next. Nobody prepared them for life, for bills that needed to be paid, how to find jobs etc. Most of them have no safety net left.

A social worker keeps making decisions for them until they are 18 and if they speak up or want to make their own decisions they end up being considered as "trouble makers" and get drugged with tranquillizers. Very few seem to leave the system and end up receiving social welfare money (which is very little!) and it is not their fault. The system and people working for the system failed those young people! I feel we as a society are failing those young people!

Some of them might end up on the street...

It is not about saving the whole world and sadly there are many crazy and challenging things happening on this planet. I do feel though that it is about being aware of how we separate in general - you do what you are told = you are good. You follow orders and behave = you are good. You speak up = you are bad. You don't follow orders and question authorities = you are bad. The Chinese social credit system comes to my mind here. It feels though like we are starting to see it in our "Western world" as well...

It is about asking ourselves: do we allow the media to steer us in a certain direction without even realising it? I have no doubt that if we read and watched news clips about homeless people every day we would do something about it. I wonder if you might even end up homeless with the Chinese social credit system because you have been labelled as "trouble maker"? Wow, I have just come to realise where the world could go if we keep looking away!

I am truly curious to understand why we as a society differentiate between people who have lost their homes and lives as they knew them - for whatever reason? Are you?

The New World Channel is financed through the heart coin. If you would like to support our work we gratefully welcome your contribution. The ideas is that you give from your heart what you can and the value that you get out of the content.

You can use wise.com for transfers outside of Europe. 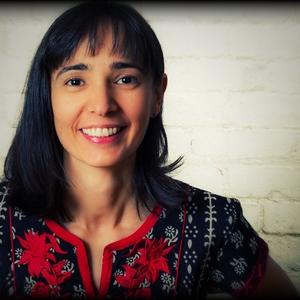 We are currently offering free content for everyone. To be able to keep that up we kindly ask you to support us with a donation. Please contact us for payment options.

Stay connected with news and updates! 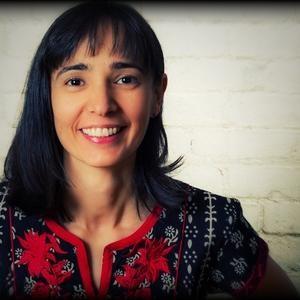 Please feel free to connect to the new podcast if you would like to explore a new world. 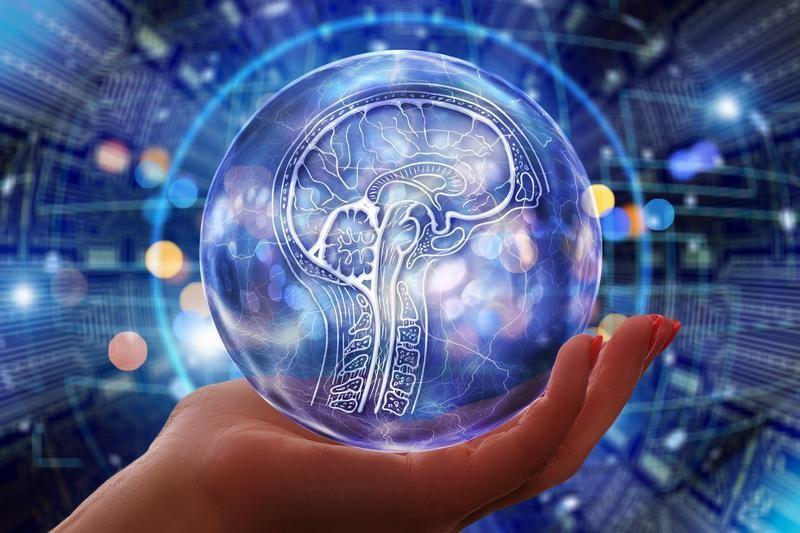 You will receive an e-mail into your inbox to confirm your subscription. Please check your spam folder if you don't see the e-mail in your inbox.

We use cookies to enhance your experience. By continuing to visit this site you agree to our use of cookies.The law states that we can store cookies on your device if they are strictly necessary for the operation of this site. For all other types of cookies we need your permission. This site uses different types of cookies. Some cookies are placed by third party services that appear on our pages.For more information on our cookies please visit the privacy and terms section. You can at any time change or withdraw your consent by emailing [email protected]